Etalex was looking to shift some of the more dangerous aspects of their production to robots. By using a UR10 to automate high-risk, repetitive tasks, they could boost safety without cumbersome fencing or space-intensive safety measures. Since its introduction, the UR10 has made the workplace much safer. 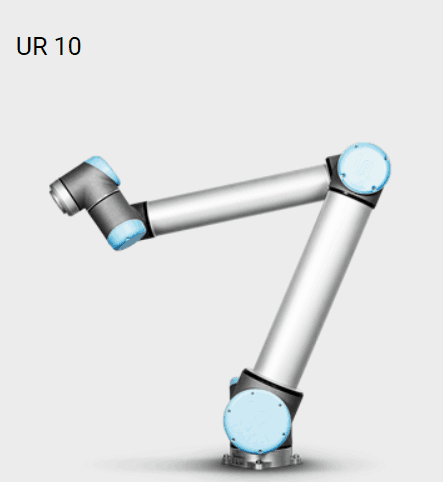 Challenge:
Etalex, a Canadian shelving system manufacturer, needed a flexible robotic arm solution that could be used for multiple tasks while taking up little valuable space on the production floor.

One of the tasks is manually unloading a brake press 8 hours a day. Physically demanding work that also has the potential for accidents.

“We needed a flexible automation solution that could be used for 10 different production cycles. Since I only have 6 feet of space in front of the brake press, it was important that I could run this application without safety caging around it.” – Jean Francois Rousseau, Plant Engineer, Etalex

Solution:
Etalex chose a solution based on a UR10. It stands proudly at the start of the immense 300,000 square foot production hall. And, unlike any of the other 25 robots, the UR10 has no protective fencing taking up valuable space.

The UR10 takes pieces out of the brake press using a suction cup and places them in a stack nearby. This repetitive, potentially dangerous work is perfectly suited to the collaborative robot arm.

The manual tasks delegated to the employees have now been reduced to an hour daily spent on inspecting the quality of each pallet and changing the coils. Freeing up valuable time to work on more rewarding tasks.

Machine operator at Etalex, Richard Clive, stresses how the UR10 has made the work place much safer:

“Before, you had to put your hands close to the brake press. There’s always a chance of an accident happening at any time. But with the Universal Robots, there is no chance of anyone getting injured.” 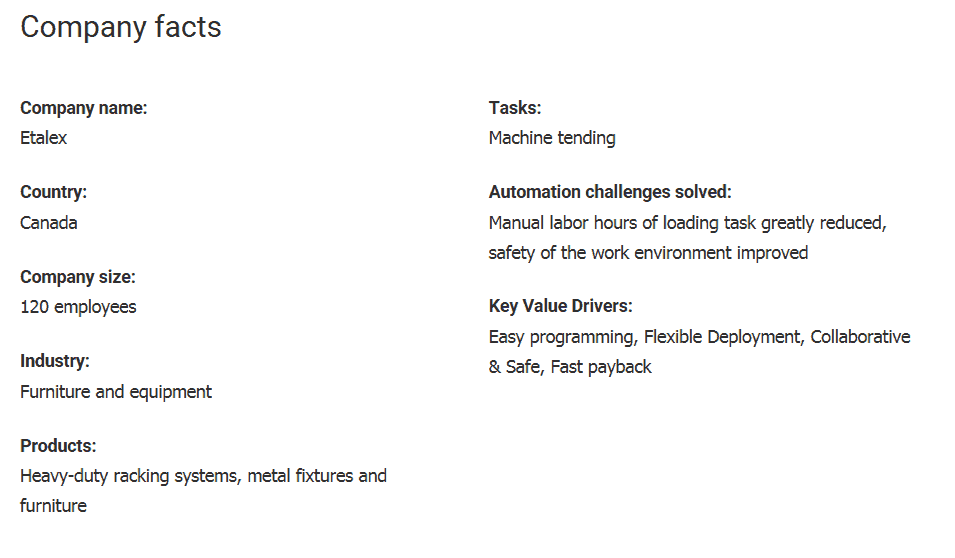