The highest level of industrial safety.

The first and only SIL2/Pld certified radar sensor system in the world.

LBK system detects access or the presence of operators in a dangerous area. In any environmental conditions (dust, smoke, swarf, water aerosols), it guarantees a level of safety never before reached by any other system in the world. The radar waves of the sensor cover the entire dangerous area, creating a 3D protected zone. 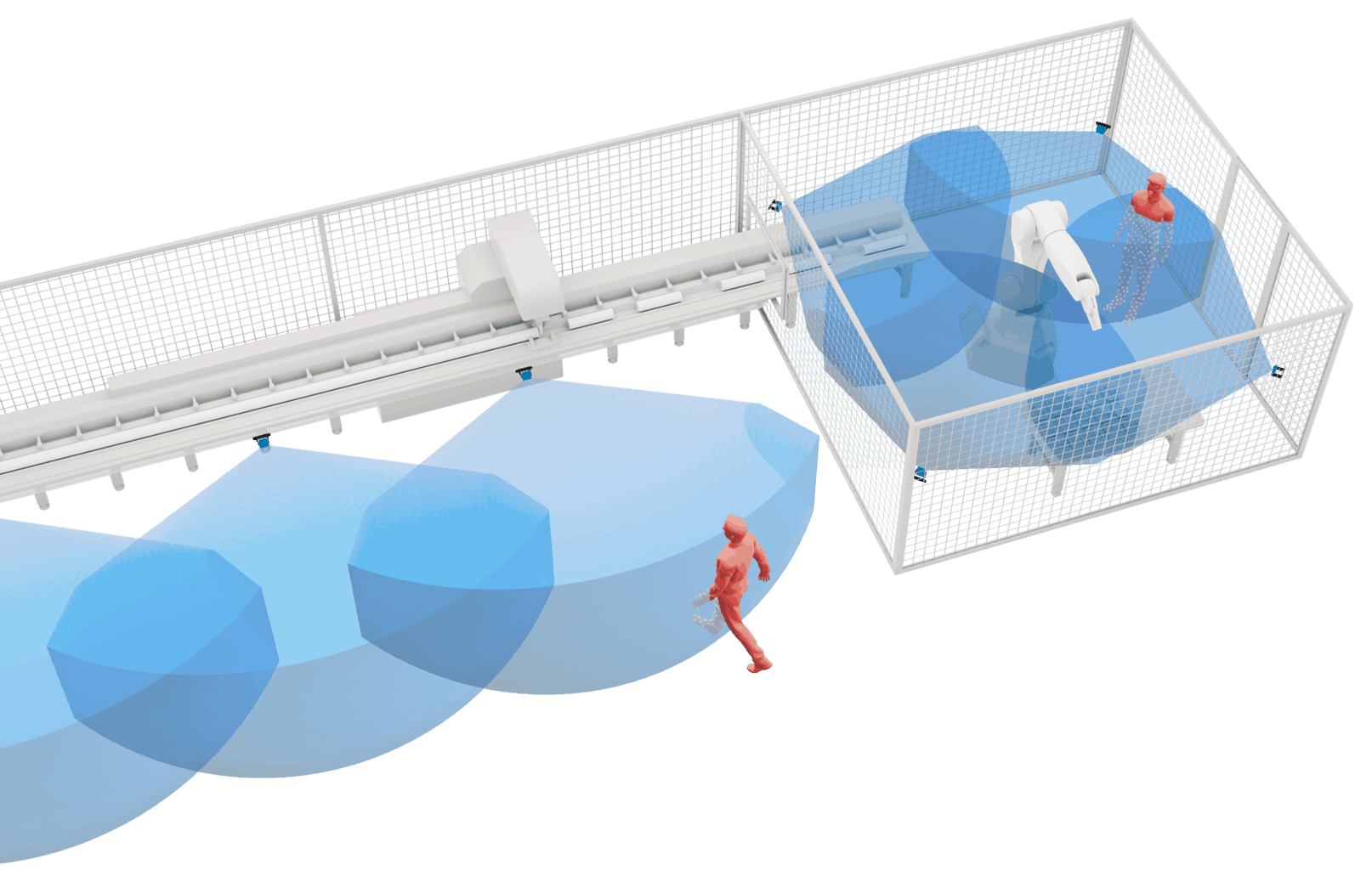 The system is composed of a controller that can be connected to up to 6 LBK-S01 sensors. 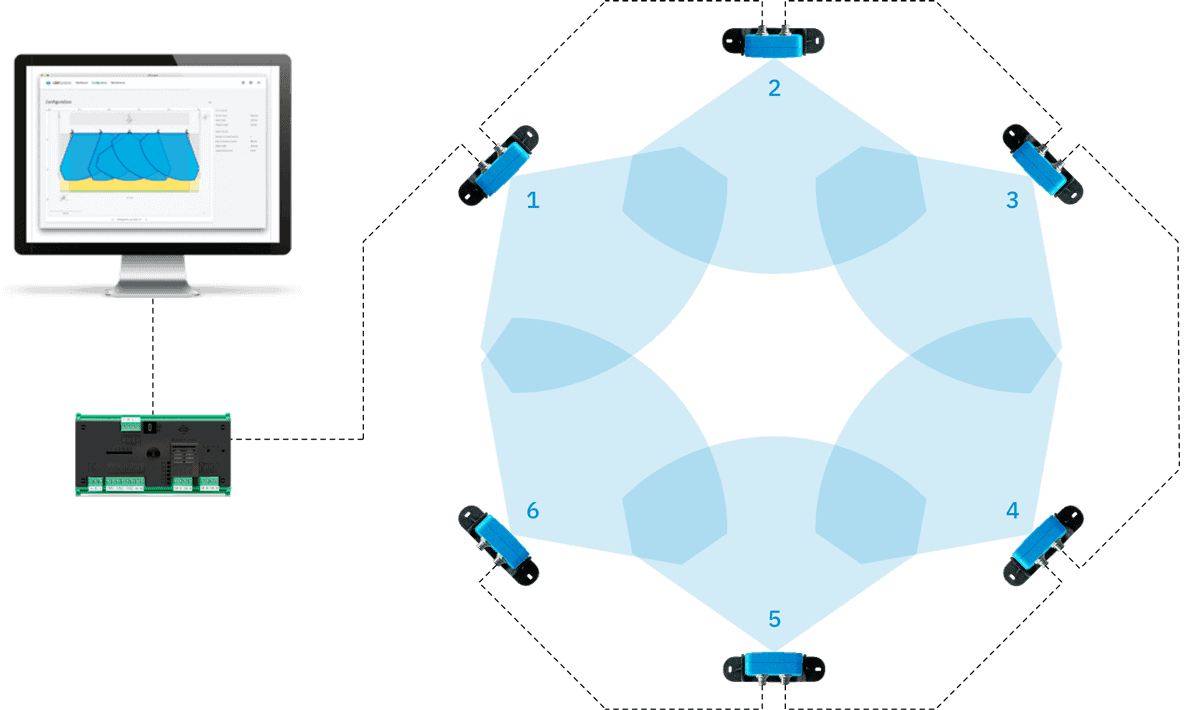 Each LBK sensor can create a configurable virtual barrier that delineates an alarm area and a pre-alarm area, providing a secure signal that can slow down or stop the machine.

The Inxpect Safety Application can be used to configure the alarm and pre-alarm areas in 3D, and to create optimum coverage of the dangerous area using different beam angles from the sensors, which is then validated by the software once the system is physically installed.

The system response time is less than 100ms, which reduces the area required to protect the machine to a minimum. 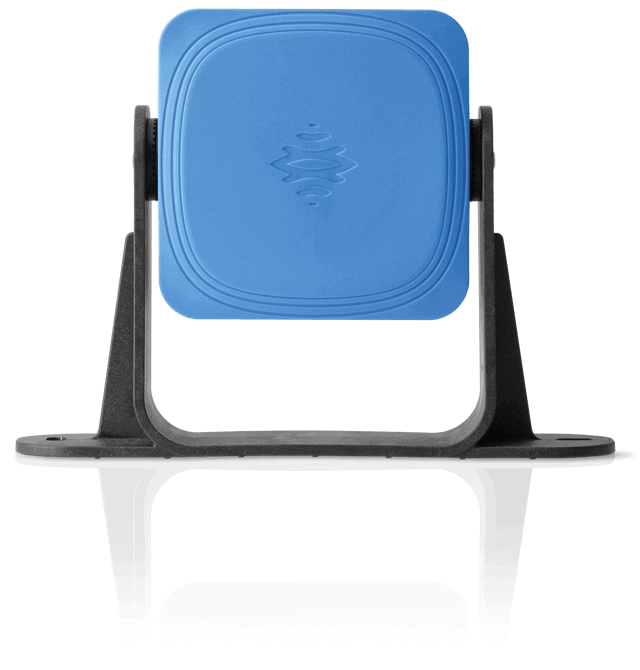 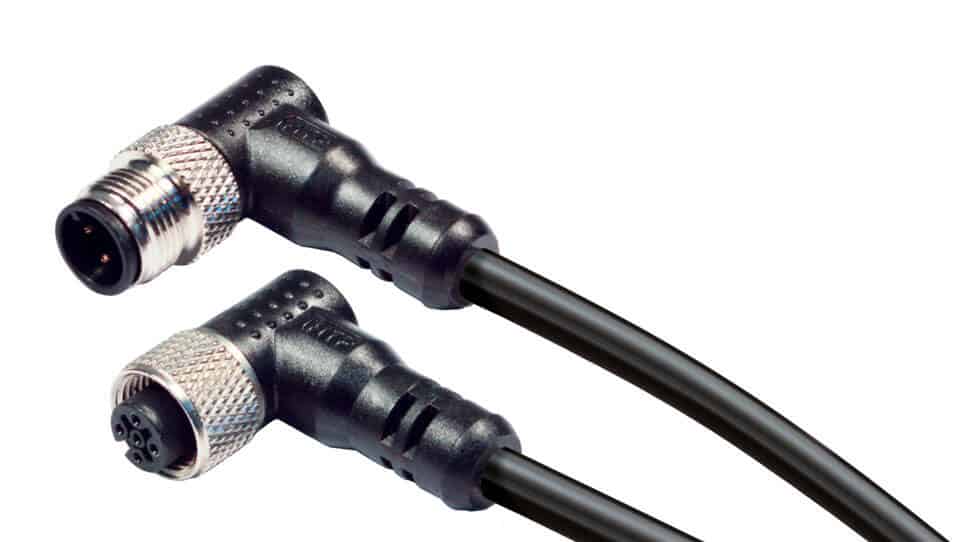