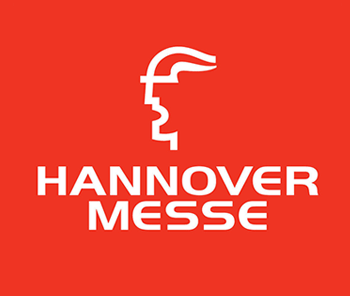 Allied Automation attends Hannover Messe 2015 in Germany and reunites with 35 year partner: Festo. Greg Dill met one of the Festo founders: Dr. Wilfred Stoll and one of the inventors of the Festo FlexShapeGripper, Ole Jørgen Iversen.

Since January of 1981, Allied Automation has been a distributor of Festo products – the longest distributor relationship with Festo in the United States. Festo is an engineering-driven company that sells pneumatic and electronic automation products.

During this period Allied Automation has been able to grow and develop their partnership with Festo, which has included opportunities to visit, train and learn more from the Festo team directly in Germany.

This past April, we once again got the very exciting opportunity to attend Hannover Messe 2015: the world’s leading trade fair for industrial technology in Hannover, Germany as Festo’s guest. Allied Automation has attended this event 7 times since 1983, which attracts key leaders from around the world in industrial automation, manufacturing and technology. 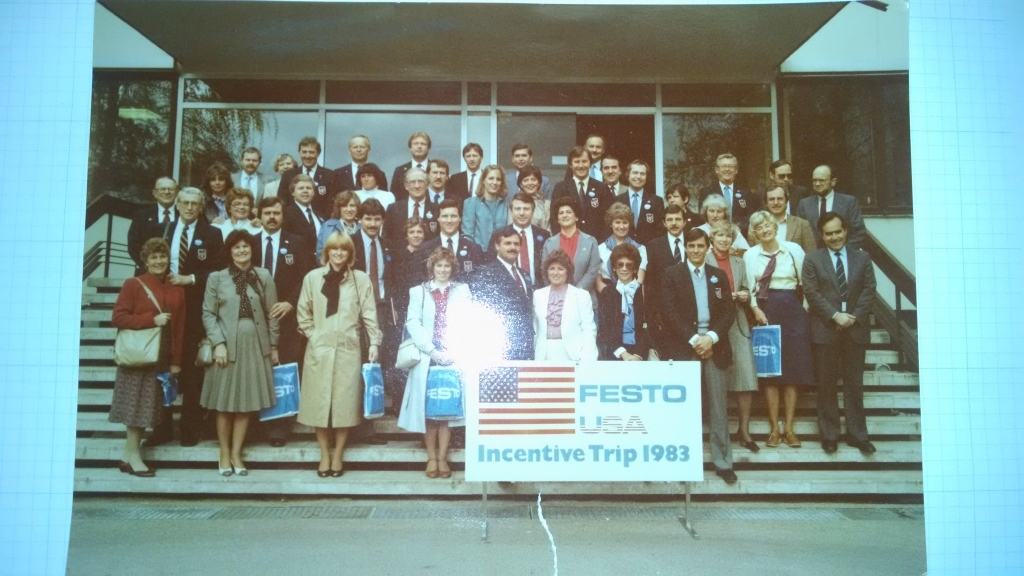 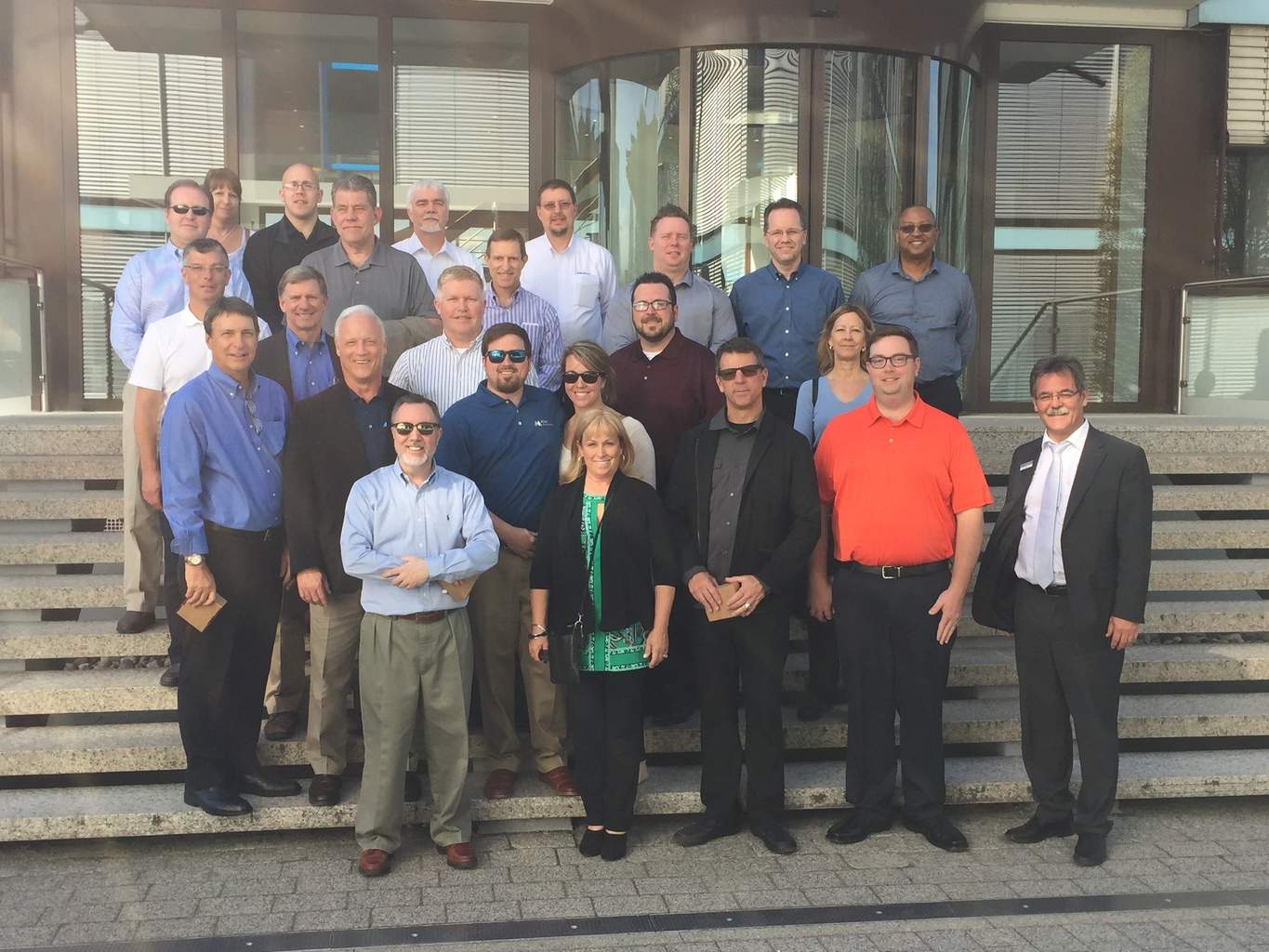 One of the most exciting events of Hannover Messe 2015 was being able to meet one of the founders of Festo: Dr. Wilfried Stoll. 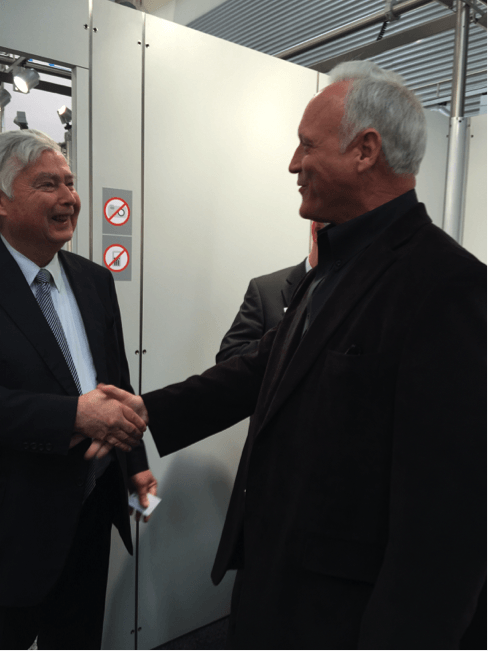 Dr. Stoll has been globally recognized for the amazing innovation Festo has continuously produced over the years. In 2012, Dr. Wilfred and Dr. Kurt Stoll received Leonardo – European Corporate Learning Award 2012 in the category “Company Transformation”. They both associate the success of the company and reason for the award towards Festo’s valuing of continuous education.

We also received the pleasure of meeting, Ole Jørgen Iversen, one of the inventors of Festo’s FlexShapeGripper, a gripping device modeled on a chameleon’s tongue. 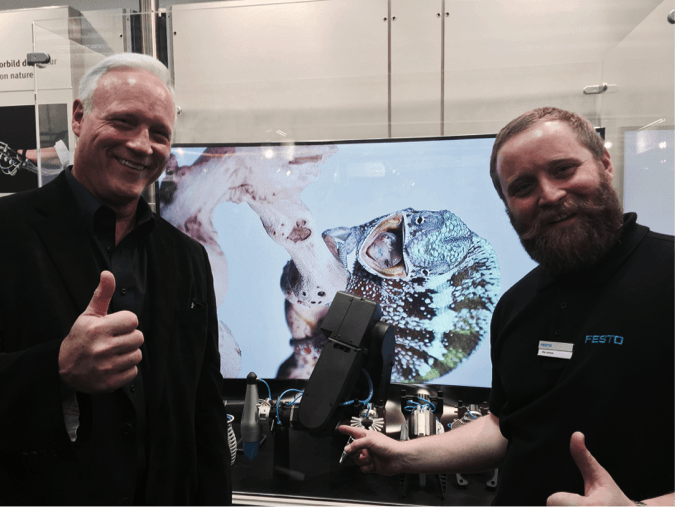 Continuous education and the pursuit of innovation are reasons why events like Hannover Messe are extremely vital to the industrial automation.

We recently opened our Indianapolis Allied Automation Training Center. Our training courses will include robotics, motion control, PLC, HMI, VFD, pneumatics and many other technologies. Like Festo, we too believe in the power of education.

In another upcoming blog we will cover some of the key takeaways and insights we gained from attending Hannover Messe 2015.