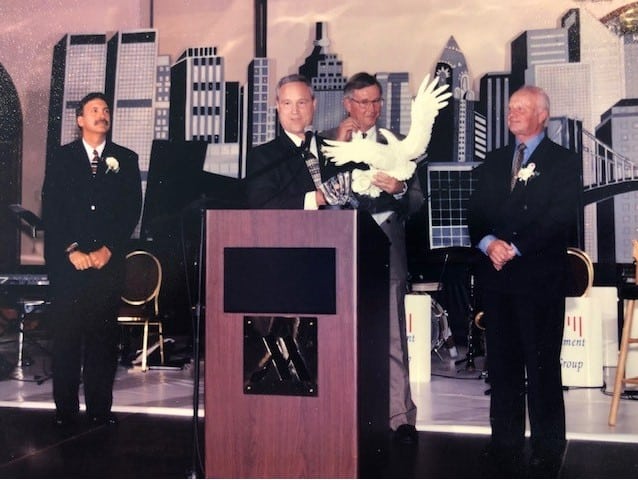 I had the honor of presenting the American Eagle Award to Doctor Horst K Saalbach on behalf of Festo USA distribution in September of 1997 at the International Ball in New York.  The plate on the award stated, “In recognition of outstanding leadership, Dr. Horst K. Saalbach, An American Eagle, Festo Distribution”

Horst was born in Leipzig in 1938, he fled from East Germany to West Germany at the age of 17, met his lovely wife Elfriede, and they emigrated to the United States in 1959.  His studies included the MEC Institute, L.I.U., NYU, Yale and Wharton.  In 1964, he became an American citizen, and in 1978 he became the president of Festo USA.  During his more than 20 years with Festo, he built the foundation for remarkable growth, product development and customer focus.

I first met Horst in 1980 when he invited me to become a Charter Festo distributor.  This is how Allied Automation, Inc. began.  Recently, my wife Sheryl and I visited Horst and Elfriede where we enjoyed stories from a long time ago, Horst’s famous breakfast pancakes and some fun activities. 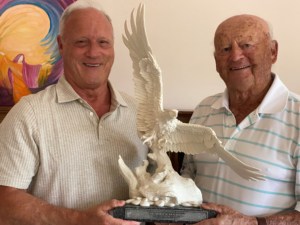 Greg Dill and Horst Saalbach share another memory with the
American Eagle Award in May 2022. 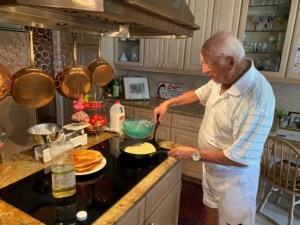 Horst at the gridle creating his famous pancakes. 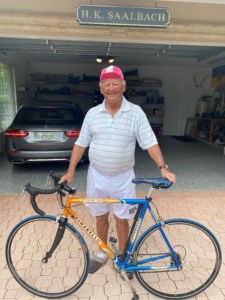 Horst is an avid bicyclist and rarely slows down.

Horst was an inspiration, mentor and friend to many of us in the Festo world and beyond.  Even today he remains active in promoting the collaboration of technology and business internationally.