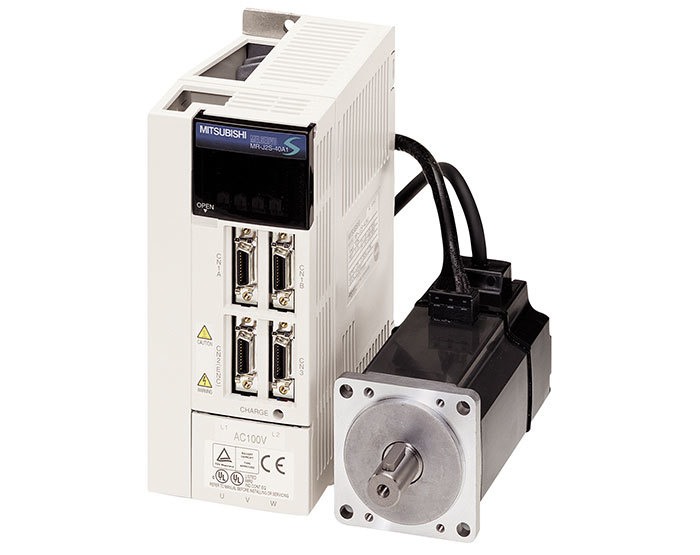 Since their introduction in 1999, the Mitsubishi MR-J2S and J2M servos have been flexible and reliable options in manufacturing settings. But time and innovation never stop, and Mitsubishi is beginning a long-term phase out of the J2 family in favor of the new MR-J4. While service is still possible – for the time being – it’s a good idea to make the effort today to migrate early.

The J2 series will be discontinued in August of 2015, and repairs of existing J2 servos will no longer be available after August 2022. That’s still a while from now, but that doesn’t mean you can wait. Delaying your changeover means your factory will miss out on the benefits of the MR-J4, and those benefits are significant.

The MR-J4 servo has sixteen times the encoder resolution of the J2 series (22bit, or 4,194,304 pulses per revolution) and over four times the processing power (2500Hz frequency response). It enables the J4 to make a move and come to a stop much faster than the J2, meaning shorter move times and greater throughput.

There are also several major technology advances in the new MR-J4 servo. Its One-Touch Tuning function allows automatic adjustment of servo gains like the machine resonance suppression filter and robust filter simply by turning it on. Those automatic adjustments are constant throughout the life of the servo.

One-touch tuning also adjusts Advanced Vibration Suppression Control II, an improved algorithm that now supports a three-inertia system, suppressing two types of low-frequency vibrations simultaneously. It enables shorter settling times by suppressing vibration at the end of an arm and residual vibration in a machine. There’s also a new torque control mode that enables greater operator control in many applications, the ability to increase the system’s resolution with a higher pulse rate, and a SSCNET motion network that’s over three times faster than before.

But in addition to all that, there’s the simple reason that if you migrate now, you can minimize the risk by ensuring that it’s done right. You have the time to mitigate any issues that appear in the migration process, because you’re making the effort to do it ahead of schedule. Doing it now will help to minimize those issues in the first place, though, because you can do it with Mitsubishi. Rather than moving to a completely different technology, you can follow Mitsubishi’s tested and proven migration path to update your system with the least amount of risk possible.

Start the migration process now, and get ahead of the game. You can reap the benefits of the improved performance and new technology before your competitors, and you can make sure the process goes smoothly by working with Mitsubishi and a partner like Allied Automation.